Japanese people drink tea. Black tea, green tea, hot or cold tea. They consume the freshly brewed drink from special cups and kettles, paying attention to the right temperature and preparation method, and it is all represented in a certain, mystical happening called the tea ceremony. Or at least I had this stereotypical idea of what the Japanese drink when they want to feel refreshed. Tea, what else?! However, I prefer coffee to tea, so I did a little research to see if my favourite aromatic beverage is as popular in Japan as it is in Europe. The answer is positive: the islands of Japan rank 4th on the list of the per capita coffee consumption of all countries of the world. But when and how do they have their coffee? 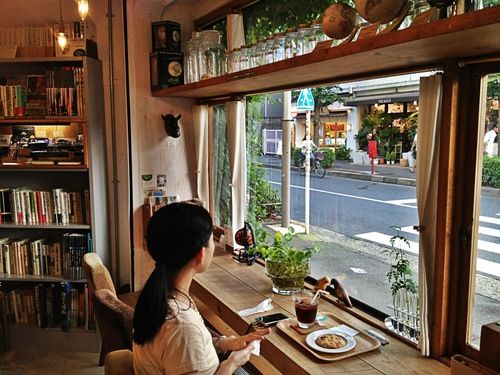 Although coffee was known in Japan as early as the Middle Ages, it didn’t become a popular beverage for  along time, sincet he country was „closed down” during the era of the Tokugawa Shogunate (also known as the Edo period), and there was  a rigid economical policy restricting the import of foreign goods, such as coffee. Only European merchants stopping on the island of Dejima could sip their coffee while doing business there; the inhabitants of the islands didn’t really take to it. However, with the beginning of the Meiji restoration period, the admiration for coffee began to grow, and in 1888, the very first coffee shop called Kahiichakan was opened. Sadly, it went bankrupt in 5 years, but it had a great influence and paved the way for coffee-based catering. Kissaten still exist today, and they have a unique atmosphere, merging traditional Japanese style with Art Deco, serving coffee from carefully roasted coffee beans and tea with delicious cakes. They also sell newspapers and tobacco products. With the appearance of big coffee shop chains in the 1980s the kissaten’s popularity seemed to plummet, but they live their renaissance today, attracting more and more foreign tourists as well as younger Japanese people. 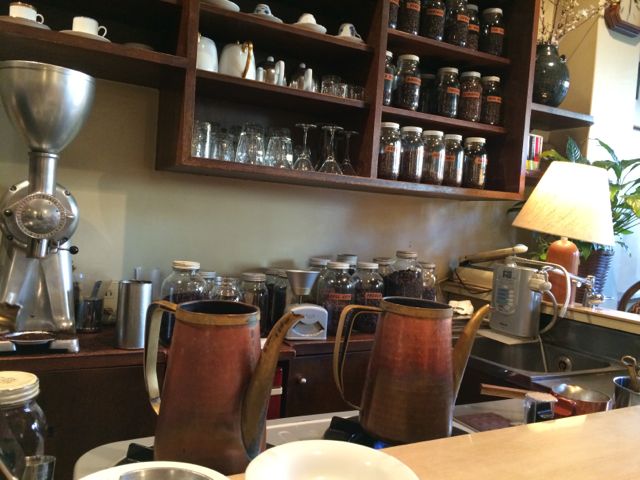 Kan kohi! What the heck is that?!

Well, this is Japan’s answer to the challenges of economic growth that began after the end of the Second World War. The strange word itself is „bastardized” from English: canned coffee, despite its name, is a Japanese invention. It’s just like Coke or any other fizzy beverage known in the West, except there’s coffee in the can. We all know that Japanese workers are conscientious up to the point of being a workaholic, so they spend most of their time at work or travelling to their workplace (or back). Canned coffee is supposed to be their aid in beating tiredness: it is cheap (a can is about 120 yens) and it is readily available anywhere, as it is sold from vending machines. (However, we can’t overlook the fact that using cans is definitely a sign of growing Western influences after the WW2).

The very first Japanese coffee bar chain, Doutor Coffee is also based on the idea of fast service and availabilty for the commuters, so if someone has a bit more time than just enough to grab canned coffee, they can always go to these shops, and buy take-away coffee and food. The American brand Starbucks, starting in 1990, is very well-liked in Japan, too! However, these „industrial” types of coffee shops look and feel pretty much the same and can’t really beat the spirit of a unique kissaten.

The so-called „morning service” or just „morning” available at most cafés is also a tipically Japanese thing: if you buy coffee in the morning, you are most likely to get  free (or very cheap) breakfast with it! Meals include eggs, toast or salad. It is also important to note that if you order coffee with milk in Japan, you might not get exactly what you expect: „milk” really means a little cup of artificial cream which makes the coffee milder. If you order iced coffee, you might want to try some gomme syrup to sweeten it, as it melts much better than sugar.