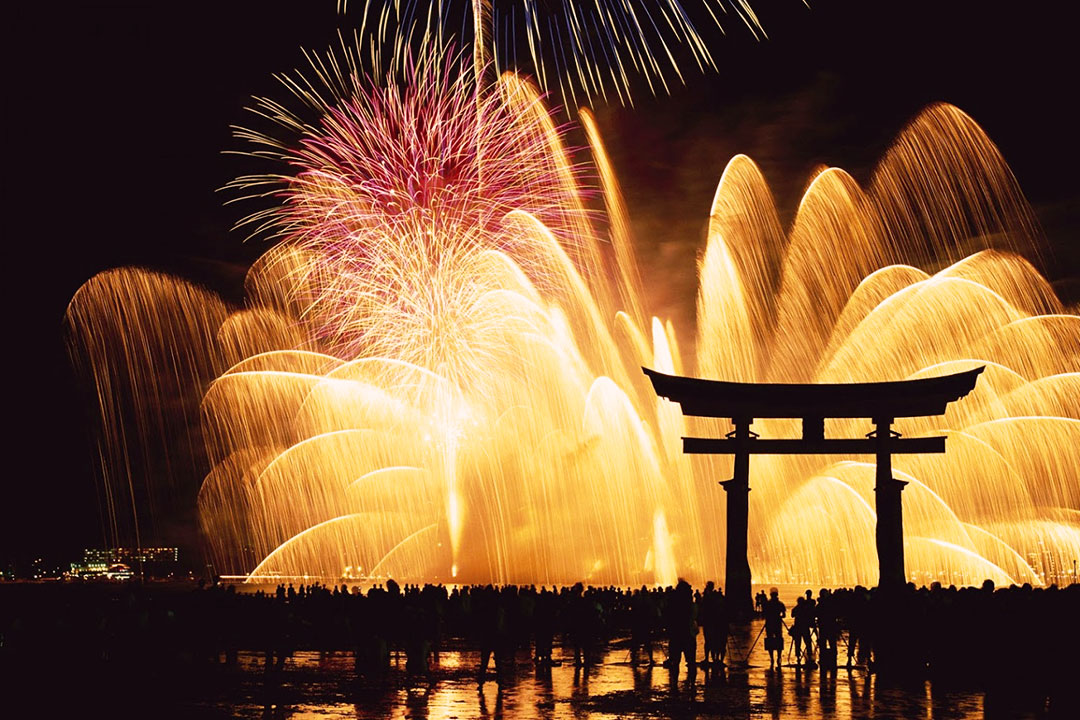 Another year is ending and a new era is about to begin. All around the world, people celebrate the passing of a phase and turn to their own special traditions while transforming themselves into the bright and hopeful dimensions that the four new digits hold.

Owed to several customs reaching the island from the States, giving cards and gifts have become somewhat popular around Christmastime in Japan, too. For Japanese people, ‘o shogatsu’, or New Year’s Eve, looks more like what we Westerners know as Christmas: during this period from December 31st to January 4th, families get together, eat special holiday meals, pray and send greeting cards to their loved ones. Here are a few of the lovely customs that characterize the Japanese NY celebrations!

Coming from the late Meiji period (1868-1912), the tradition of buying Fukubukuro, or surprise bags, makes people waiting in line to grab a pack of treats. The bags can be filled with such special items as expensive purses, fur coats, electronic devices or even plane tickets to faraway lands. Based on what they’re about to astonish their owners with, the prices of Fukubukuro can go high up: in 2006, a real fancy bag cost 200.6 million yen (1.7 million USD) at a Ginza Jewelry store.

On the 1st, 2nd and 3rd of January, many people take the time to visit a shrine: Hatsumode is one of the New Year’s traditions that hasn’t been faded by the influence of newer trends or western customs throughout the centuries. Families usually go together to pay their respects at the beginning of the New Year.

A wise tradition that I, for one, should also adopt immediately: a thorough cleaning takes place at Japanese households so that the year can begin with a clean slate – literally. The fridge-mover, vacuuming-under-the-far-corner-of-the-bed kind of tidying could also be interpreted as a great mental preparation: clear out last year’s dust and get ready for the new challenges!

We would like to thank all our guests for visiting us in 2018, this year was certainly an eventful one for us: Zsolt Kurkó won the European round of the prestigious Washoku World Challenge and will be traveling to Tokyo at the beginning of January to compete with the best chefs from all around the world. You can imagine our excitement while he’s preparing for the big contest!

We’re looking forward to welcoming you during the holiday and for a fabulous New Year’s Eve dinner as well: drop by our restaurant located in Óbuda, or order your favorite Japanese treats to your doorstep! Now you have a chance to taste our chef’s award-winning meal, the phenomenal Nimono-Wan, that earned us a place in the final round of the Washoku World Challenge!