Beauty and wit: the rise of the geishas 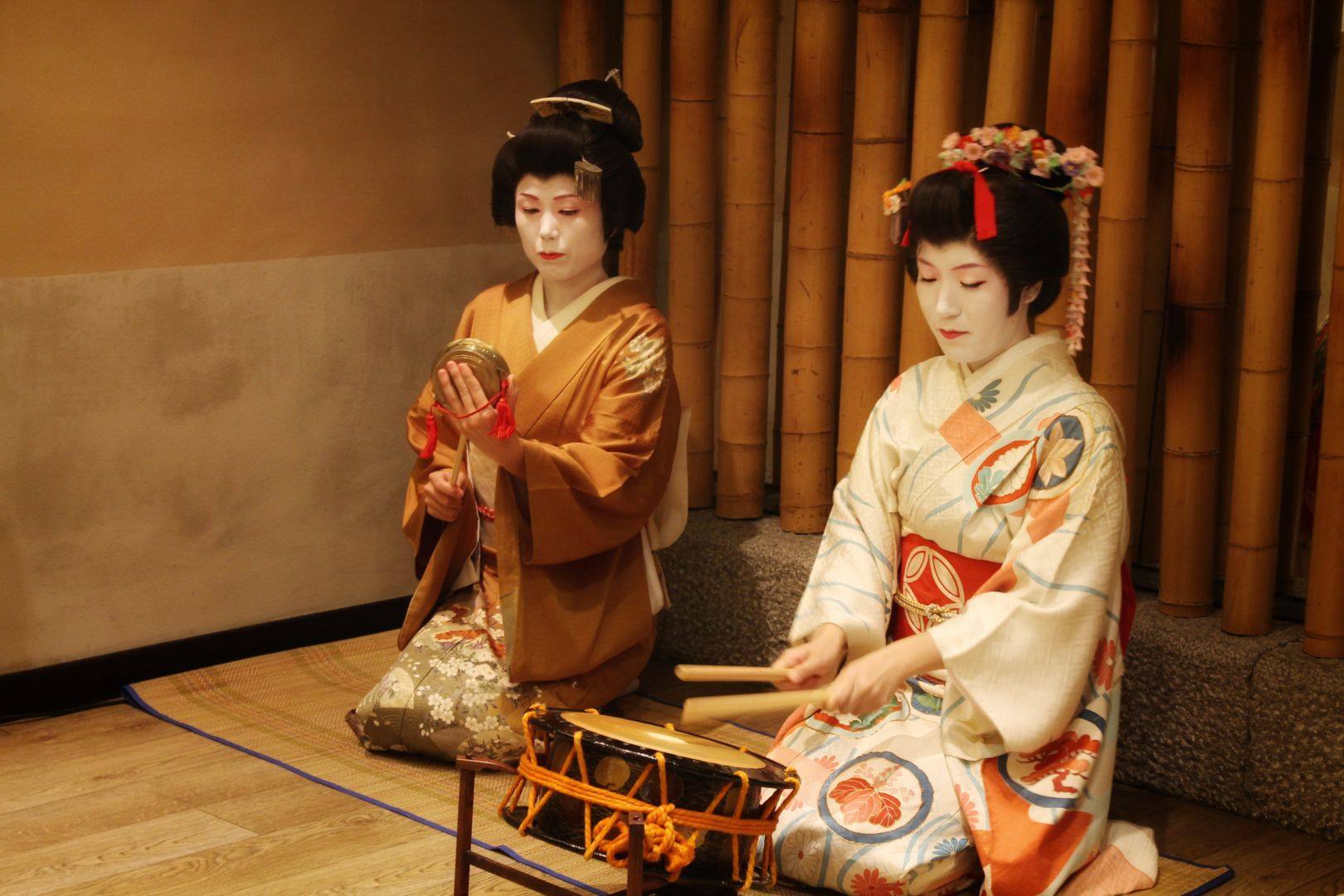 Who are the geishas, anyway? White faces with beautifully curved lips, kimonos that are unique and always refined…the geishas are surrounded by an atmosphere of mystery and secrets. How do geishas come to be? What is it that we know about them and what is it that we just assume? Let’s unfold at least a couple of their secrets! 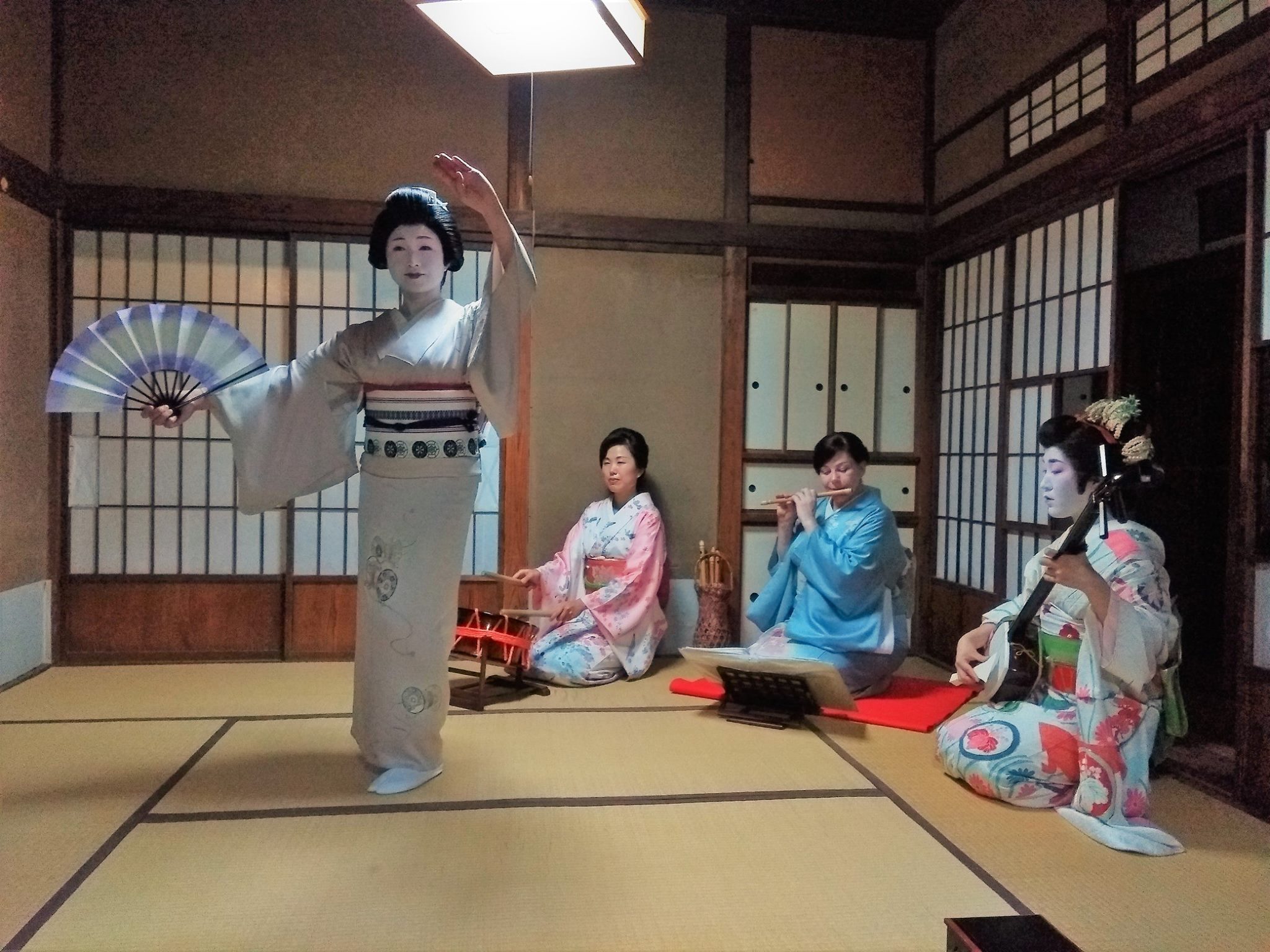 Is it true that…?

Definitely not. The first and most important thing about geishas that they are not-and never were-prostitutes. „Geiko” the name used for geishas in the Kioto area means „artist”: someone who can dance, sing, play the shamisen (three-cord traditional Japanese instrument), knows all about the tea ceremony and can talk about literature, art or current affairs.

It is true, however, that the history of geishas is somewhat intertwined with that of prostitutes; the first geishas were artists who entertained the guests of oirans, high-class courtesans, back  in the 17th century, and-funnily enough-these geishas were men! As time passed by, female artists gained more popularity, so much so that in the end male geishas found themselves out of jobs. Soon a law was passed: geishas cannot offer carnal pleasures to their audience; their calling is to entertain by their art and not with their bodies. This is how the style and look of the geishas emerged: modest make-up and clothes, with a kimono that is always tied in the back, as opposed to prostitutes, whose obi (kimono) is tied in the front.

How does one become a geisha?

In the patriarchal society of Japan it was unimaginable that a woman could be anything else than a wife and mother, thus it was impossible for women to attend social gatherings let alone have an educated conversation with men. Still, men needed the company of beautiful and refined women and geishas could satisfy this need.

Geishas started their education in okijas, geisha houses where they first lived as maids, and later, as their knowledge grew, they became „maikos”, student geishas. Their studies are completed with the help of a grown-up geisha, the „older sister”, who serves as a kind of mentor for the student geisha and takes her everywhere and sets an example for her. In the end she helps the student find her own unique style in clothing and make-up and together they choose the final geisha-name for the new geisha.

How do they live?

As we said, geishas are surrounded by secrets.This is  a kind of job requirement: whatever the geisha hears from a client must remain a secret. But who are the people that for the geishas’ services? What do they get in return? First and foremost, being a geisha meant (and means) financial independency for the woman who chose to do this profession. This was a huge thing in the macho culture of Japan. Geishas are very-very expensive; only the wealthiest men can afford their services. Their fee is called „the incense fee”, as quality time spent with the geisha is measured by burning an incense stick. Or more; it all depends the agreement. In the past it was common for geishas to have a rich patron (called a danna) to support them throughout their lives. However, this didn’t mean prostitution either: if they chose to embark on a romantic relationship with the danna, it had to be done by the geisha’s own choice. Whatever happened between them was up to them and their agreement. And this is something geishas never talk about. They sure know how to keep secrets…

Sushi Sei, the Japanese restaurant in Óbuda awaits you in peaceful surroundings and with exclusive services! High-quality ingredients, genuine recipes and award-winning chefs provide gourmet experience, while excellent service and stylish atmosphere will make you feel relaxed. Celebrate in our restaurant with family, friends or colleagues! Book a table for an intimate evening with your loved ones. If you feel more like having our delicacies at home, we deliver them to you!