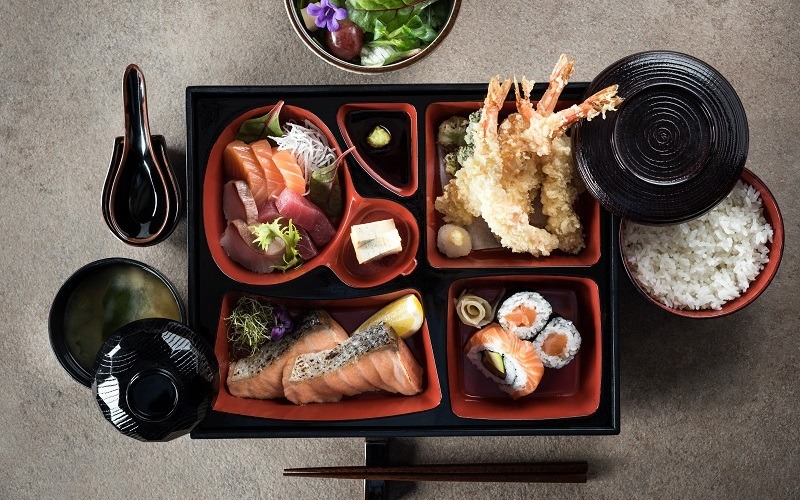 The box of delicious bites is an essential part of the Japanese people’s everyday life. But what is a bento and what can exactly be found in it?

The traditional Japanese bento consists of rice, meat, fish, vegetables, pickles, and fruit. Although the tasty treasure-chests can be bought in stores or ordered in restaurants, the island’s most precious versions are still the home-made ones, prepared by using leftovers from the previous night, creating the perfect packed lunch for students and workers alike.

The expression draws a long way back, to the Chinese Song dynasty to be precise, and the word bento originally means comfortable. By the 5th century, it became a common habit to pack food for farmers as well as travelers, as many illustrations from the era depicted. Of course, the custom did not only become more and more refined throughout the long decades but newer, more colorful versions started to appear. During the Edo era (1600 – 1867), for example, makunouchi bento was the most popular version with rice, fish or meat, pickles, eggs and sour plum, named after the intervals of theatrical plays. From the end of the 1800s, bentos were available at train stations too and from the 1900s, they started to make aluminum boxes that contained much more nourishing ingredients than before. During the war, the packed goodies turned into status symbols: wealthier families gave fancier boxes to their children, while the less fortunate ones got simpler compilations for their school lunch. 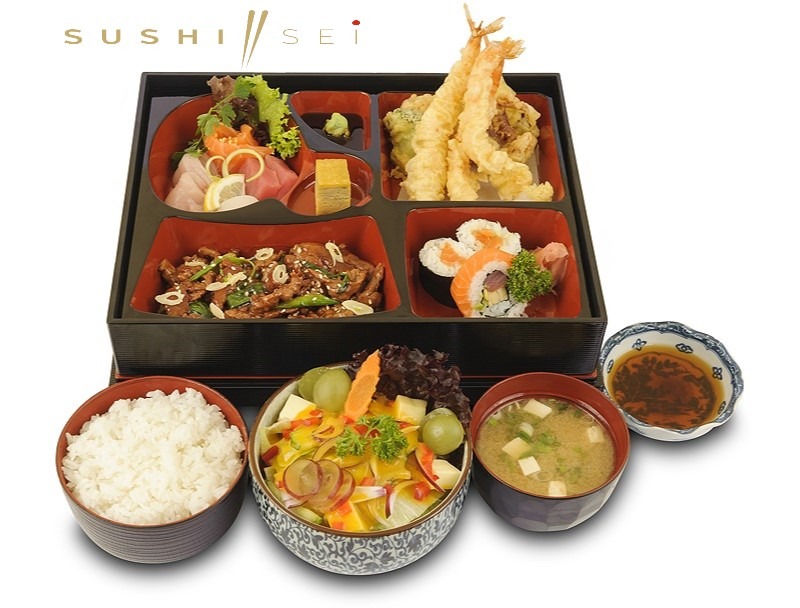 Just like many elements of the Japanese culture and gastronomy, bento soon became an international favorite, conquering the United States at first, then Europe, with every country making their own special variety. At Sushi Sei, you can choose from 16 different bento dishes: try the salmon, beef, tempura, pork or seafood options with savory garnishes!

Follow our English language articles on our blog and take an imaginary trip to Japan: learn about the fascinating culture and all the wonderful customs of the island, while discovering Sushi Sei’s savory dishes that offer a truly authentic experience! If you’d like to try the amazing meals, you can book a table by clicking here.